The Kellogg's Frosted Flakes mascot has always been Tony the Tiger, who has given us one of the most famous slogans of all time, "They're gr-r-r-r-reat!" 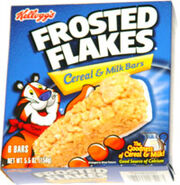 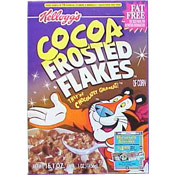 Banana Frosted Flakes
Add a photo to this gallery
Retrieved from "https://snackfood.fandom.com/wiki/Frosted_Flakes?oldid=5093"
Community content is available under CC-BY-SA unless otherwise noted.